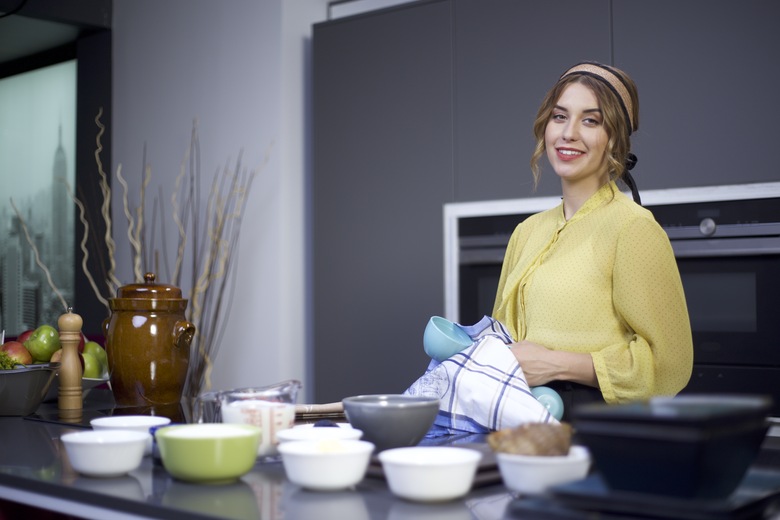 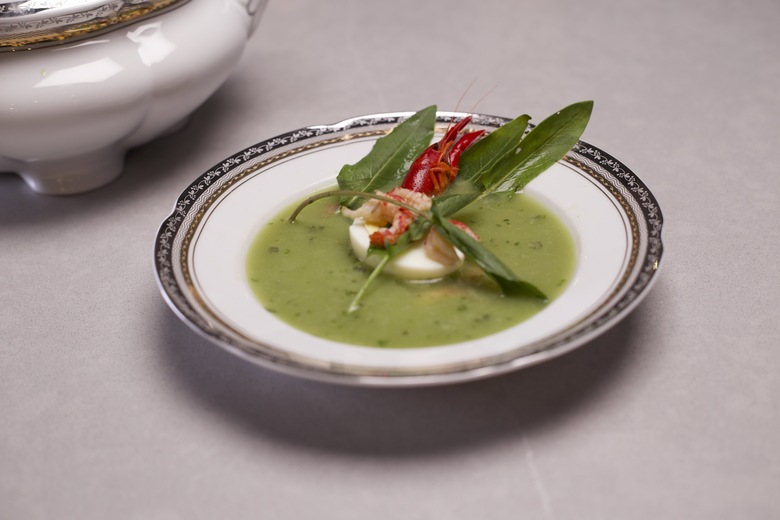 The Warmian-Masurian region abounds in sorrel. It can be found almost everywhere in the region and it has been used in local recipes for many years. 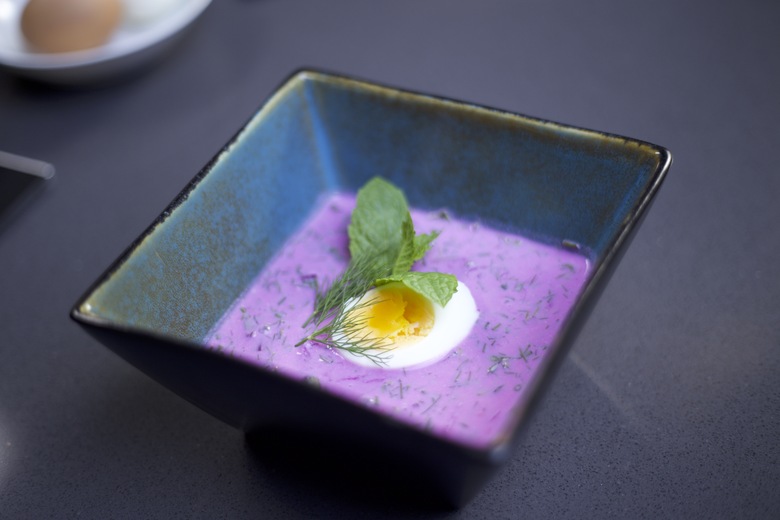 This flavorful soup is a popular tradition of Poland’s Podlaskie region introduced into the local menu by its Lithuanian inhabitants years ago. . 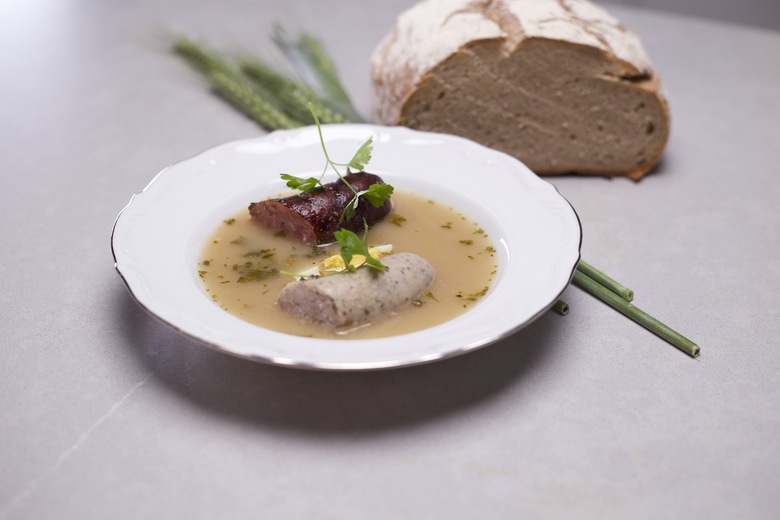 The sour-rye soup is a popular national, Polish dish.

Roasted duck has been a long tradition of the Lesser Poland region. It’s one of the most iconic dishes of the Old Polish cuisine.

The sturgeon is no ordinary product but a dish that historically reigned supreme on the court tables of Poland’s royalty. 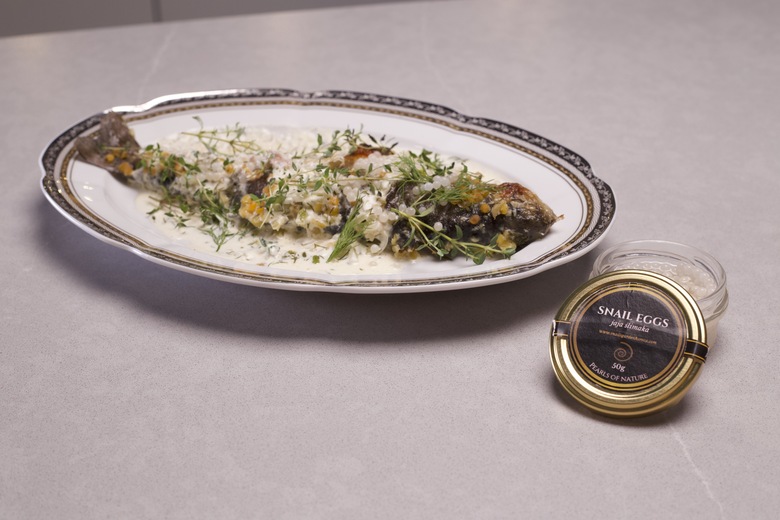 The Warmian-Masurian region, is home to thousands of majestic lakes, and so naturally the region’s menu has quite a few great freshwater fish recipes. 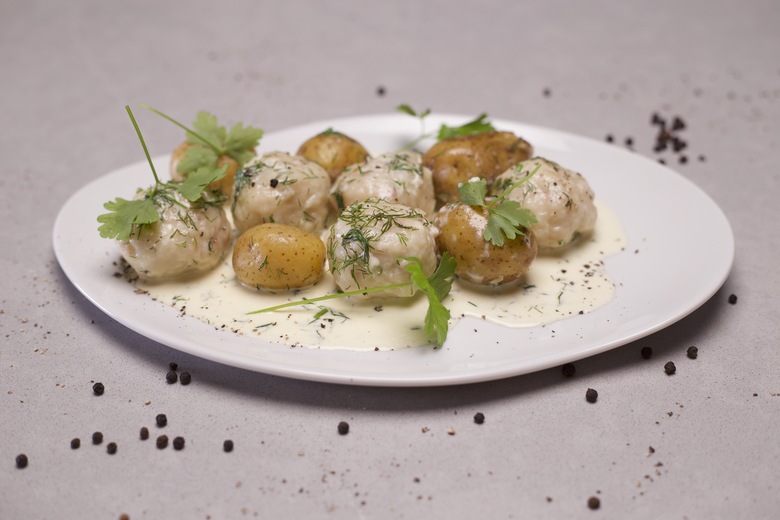 If you’re going to bring a bit of Poland’s coastal Tri-cities home with you, there’s no better way to do it than to recreate one of
its splendid seafood dishes. 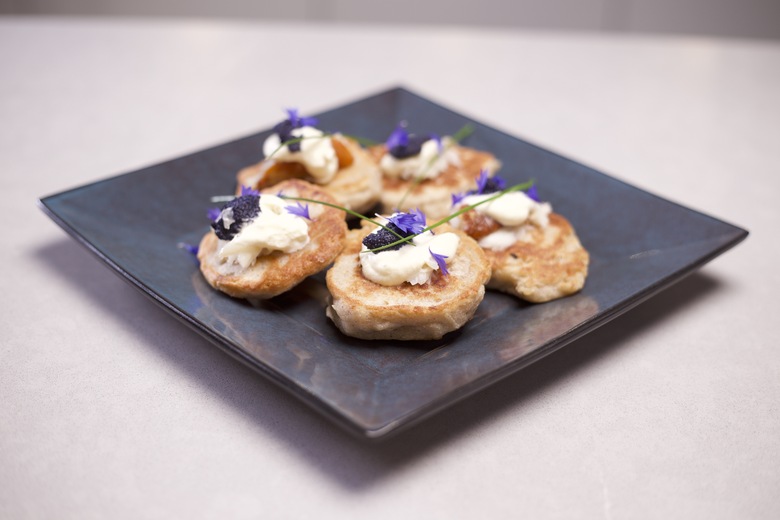 These are no ordinary pancakes! These Russian style cakes, prepared with smoked halibut and caviar are a stable of the Podlaskie region’s cuisine.

This Galician-style Bundt cake is a very old but very quick and simple dessert. 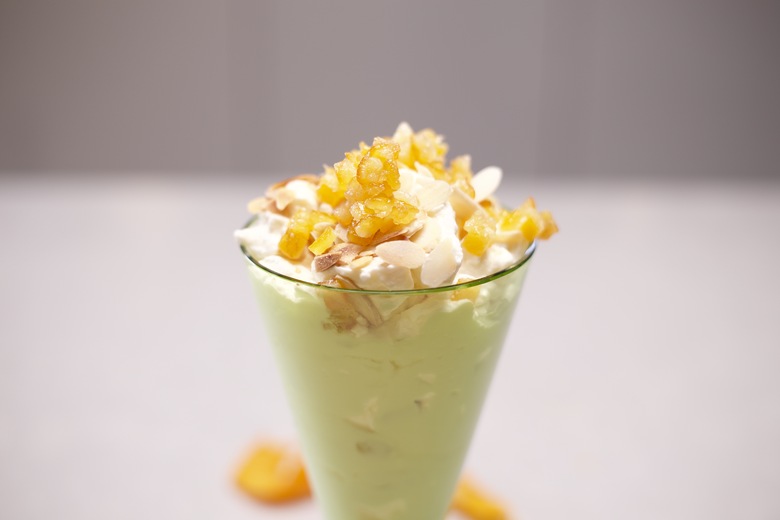 This is dessert with a long history in the city of Gdansk. It was originally served as far back as the 18th century and it was typically enjoyed by the upper classes who enjoyed its sophisticated ingredients and flavors. 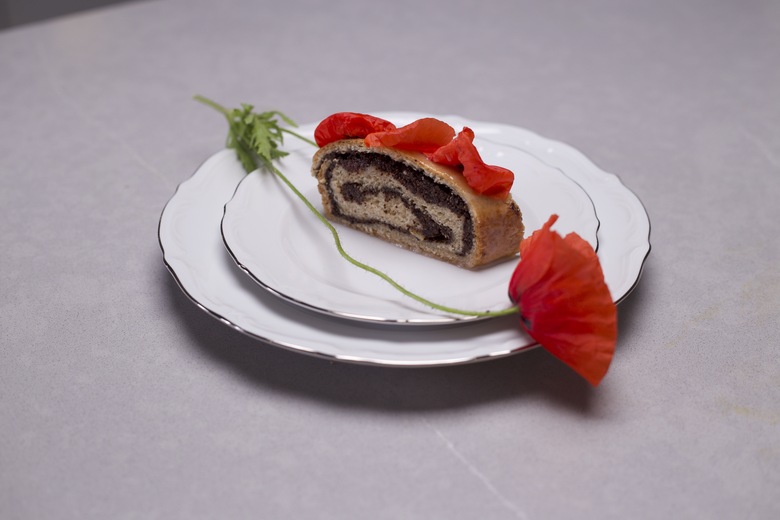 Poppy seed is a popular ingredient used in traditional Polish dishes in many areas of Poland.

Nothing warms the home like the aroma of a homemade cheesecake baking in the oven. It’s a popular dessert baked, traditionally baked in many Polish households and the Warmian-Masurian region is no exception.